In addition, the immigration department has granted 7.7 million temporary visas during the last program year. This includes mainly around 5.0 million visitor and student about 300,000 visas.

Australian Migration has been emerged since 1945 when the population of around seven million (almost 30% of current population) and Australia was just emerging from World War II. At that time Ben Chifley became Australia’s 16th prime minister and established the Department of Immigration on 13 July 1945. The new Minister for Immigration, Arthur Calwell promoted the concept ‘populate or perish’. At that time, the new department took over all the functions of the immigration branch of the Department of the Interior.

In his first ministerial statement to the Federal Parliament on 2 August 1945, Mr Calwell said: ‘If Australians have learned one lesson from the Pacific War, it is surely that we cannot continue to hold our island continent for ourselves and our dependents, unless we greatly increase our numbers.’

Since that time, the department has facilitated the permanent entry of more than seven million people from around the globe to form one of the world’s most linguistically, culturally and religiously diverse nations. Almost half the population of Australia has direct or indirect familial links to another country.

Australian Immigration is a dream of many people as it allures in every way. Australia has very attractive prospects for the future due to a big economy, a balanced government, a strong workforce, and various government strategies which have focused upon the country strengths and helped to diversify the economy.

These concrete factors lead an individual to lead a better life. The romance of a new life in a new country has to be tempered with a reality check. You encounter the ultimate happiness after settling here. The job standard and salary standard brightens your career and lifestyle giving you a new pathway of better life.

The opportunity of Australian immigration made it possible for many ordinary people to move and create a great new lifestyle and to re-invent themselves in one of the most stable countries of the world.

The department’s key responsibilities are to:

You can get help with the visa process from a registered migration consultant for any sort of migration related matters.

Code of Conduct and Consumer Guide

We are registered with the Australian Government – Office of the Migration Agents Registration Authority and bound by the Code of Conduct of the industry.

Do you need help applying for an Australian Visa?

Today the Department of Immigration and Border Protection (DIBP)’s purpose is:

Building Australia’s future through the well-managed entry and settlement of people! 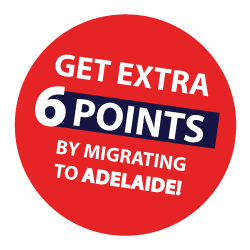